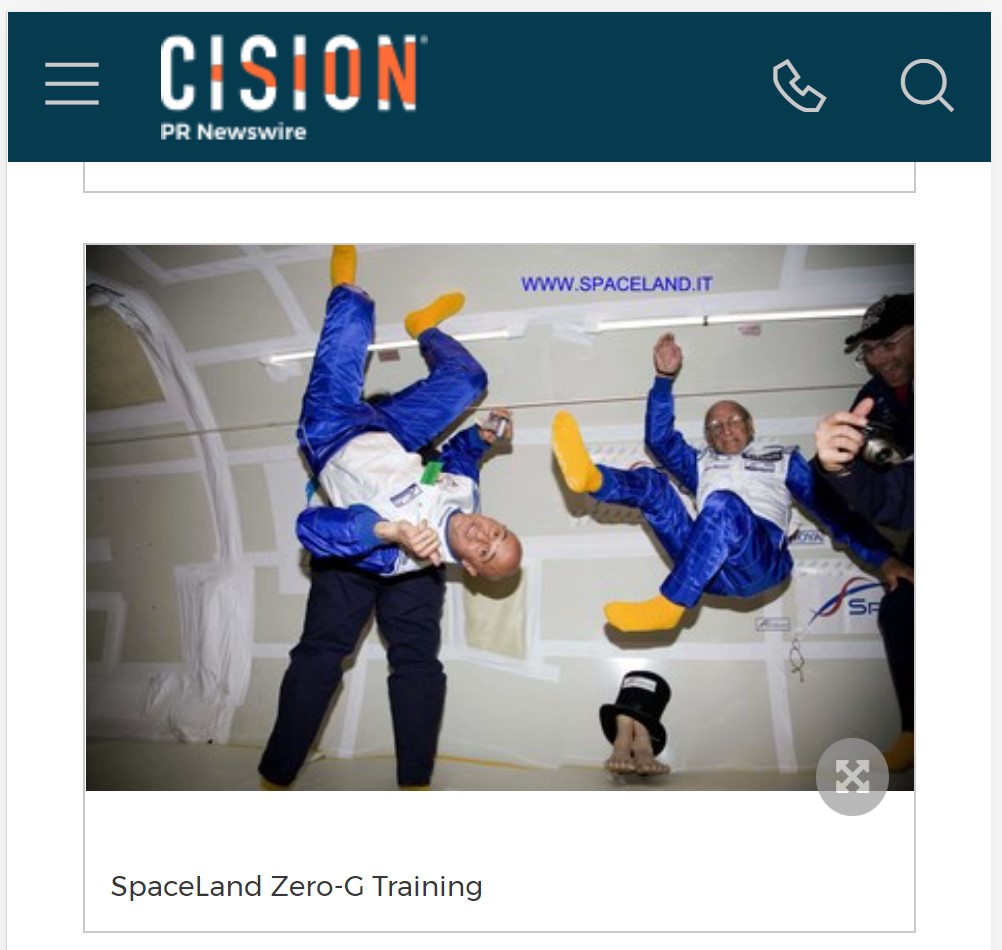 Announcement made during the 2022 International Astronautical Congress (IAC) in Paris regarding Agreement to Conduct Yearly Consumer Zero-Gravity, Moon-Gravity and Mars-Gravity Parabolic Flights from Switzerland, Italy, and Mauritius Regions

Check this ! https://youtu.be/ywHjSqZux2s JOIN our next FLIGHT MISSION with TRAINING and TAKE-OFF at the NASA Kennedy Space Center in Florida: download, fill in, sign and send the application form (which you can find in this page) to SpaceLand @ SpaceLand.it ! https://www.goamerica.it/viaggi/go-world-universe-viaggio-nello-spazio-in-assenza-di-gravita/ SpaceLand© is showcasing a new model for Space business: merging public engagement in Space with microgravity research. coupling ground with flight activities, techno-scientific research and test opportunities in weightlessness are mixed with science edutainment and aerospace tourism open to the general public, in several Countries and through several ad-hoc facilities. It capitalizes on SpaceLands legacy on board parabolic flights from the NASA Space Shuttle L.F with ICT and biomed payloads operated together with the worlds youngest (11-yr-old Kim Marco Viberti), worlds oldest (93-yr-old Cesare Massano) and first 100% disabled person (Elma Schippa, in April 2005) test subjects for 0-G R&D, also for research groups led by a Nobel-Prize-winner. This novel multi-faceted business provides much-needed novel flight services, generates new jobs and socio-economic stimuli for the involved territories: such goals are facilitated thanks to a first network of ground Centers of Excellence for microgravity STEMM (Techno-Sciences, Engineering, Math & Medicine), including R&D, Education and Tourism initiatives through up to six parabolic flight platforms on board the world's largest single-aisle aircrafts modified to fly as new Mars-gravity, Moon-gravity, Zero-gravity vehicles, also serving as aero-launch platform for rockets, world-wide. For the ground segment, people and payloads get prepared at SpaceLand Centers, where proprietary underwater and ground-based microgravity facilities and laboratories can be utilized within immersive "Mars-base-like environments, before boarding flight missions at the world's lowest cost per parabolic flight seat, for up to 30 minutes of cumulative Mars-gravity time. The flight segment also includes aero-launch services from such aircrafts also serving as first stage for rockets to be aero-launched from the high troposphere. The ground segment has already been presented at United Nations' level even by a well-known scientist in her capacity as Head of State of one of the Countries involved, for Africa: see https://youtu.be/2RthuFMcdfg. This multi-disciplinary business approach showcases an actual democratization of Space, providing large ROI to shareholders and enabling almost everybody to access Space-related techno-scientific or touristic services without those hundreds of thousand dollars-minimum price-tags charged by space-moguls for short sub-orbital joyrides: the societal relevance for such a transformative Space for All approach is deemed not to be negligible also for Governments, insofar as this business concept can aggregate knowledge and passion with hand-on tools triggering progress and innovation in technology, sciences and biomedicine, thanks to the uniqueness of weightlessness, while also inspiring young generations for STEMM and future-facing planetary exploration, bringing anybody at the edge of Space

R&D for the Nobel Prize winner

R&D for the Nobel Prize winner 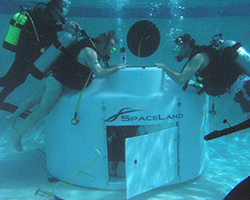 Training and flights at the edge of knowledge 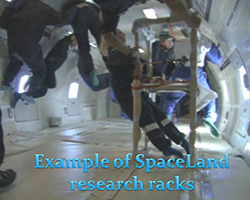 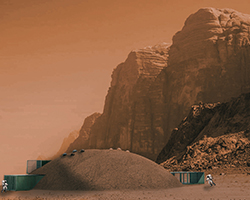 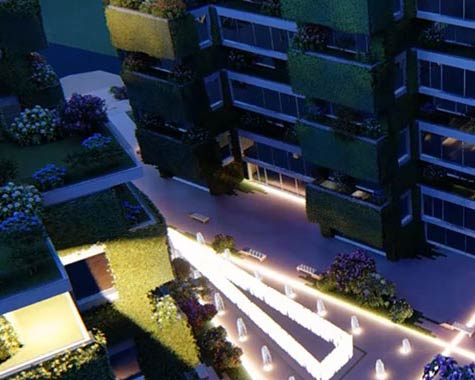 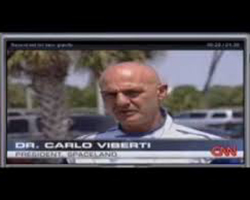 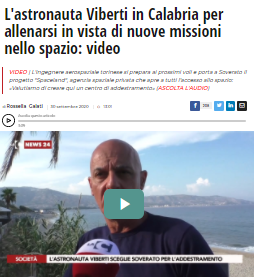 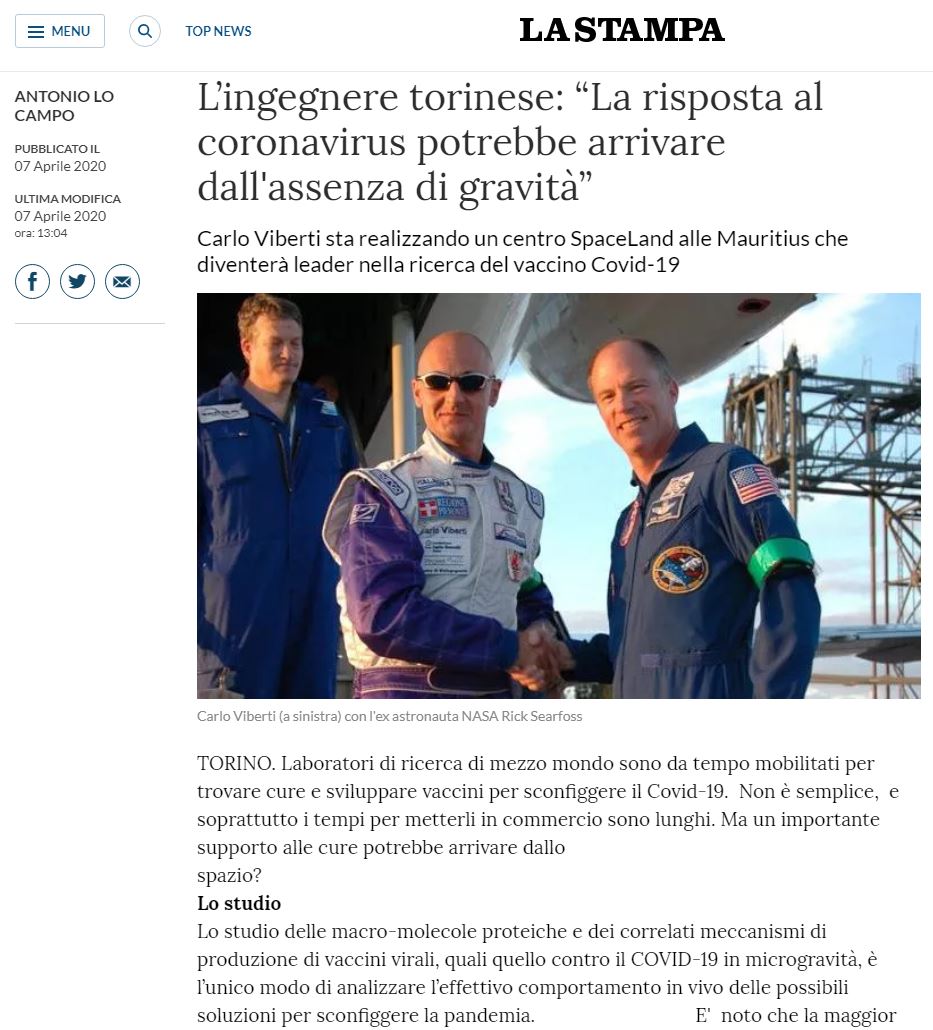 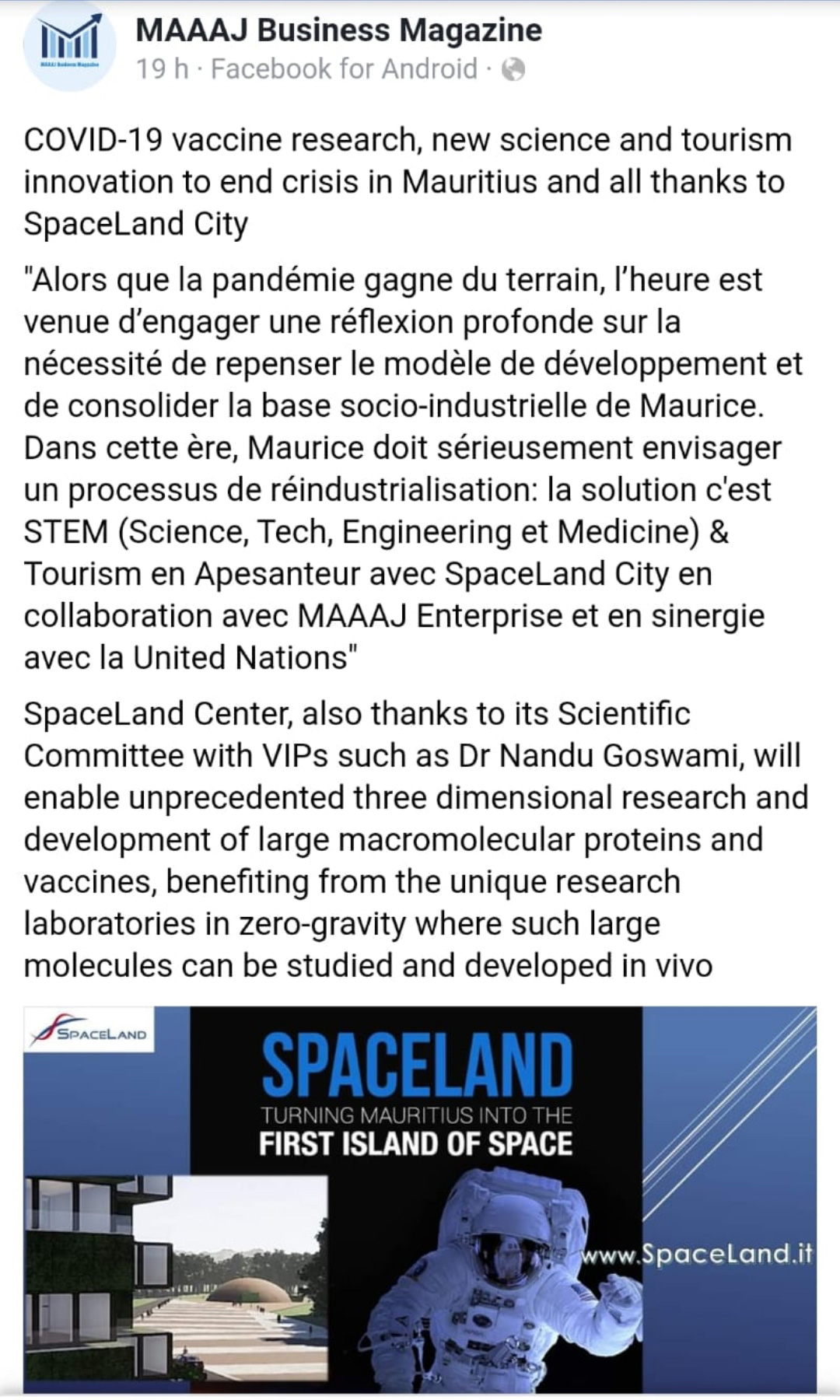 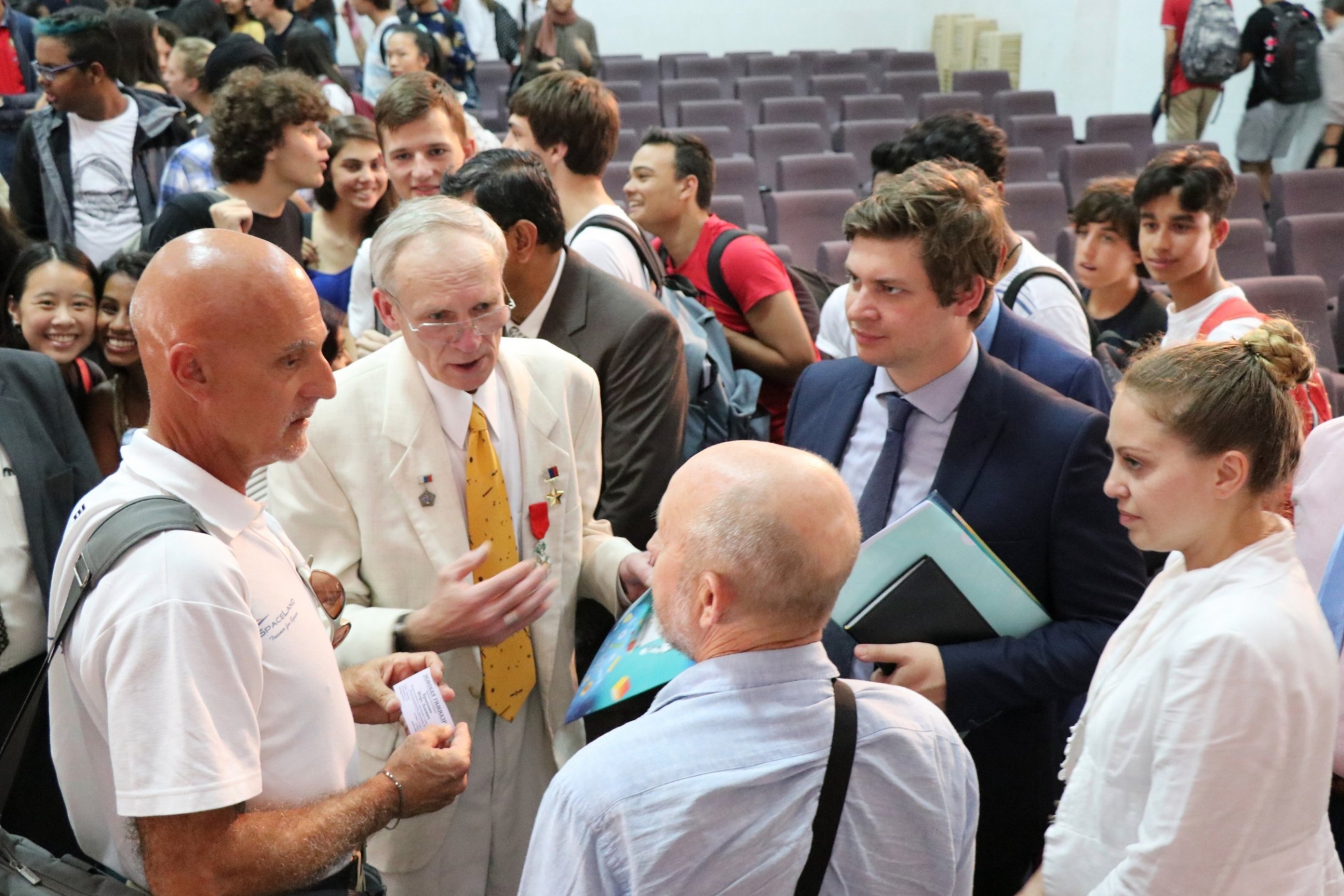 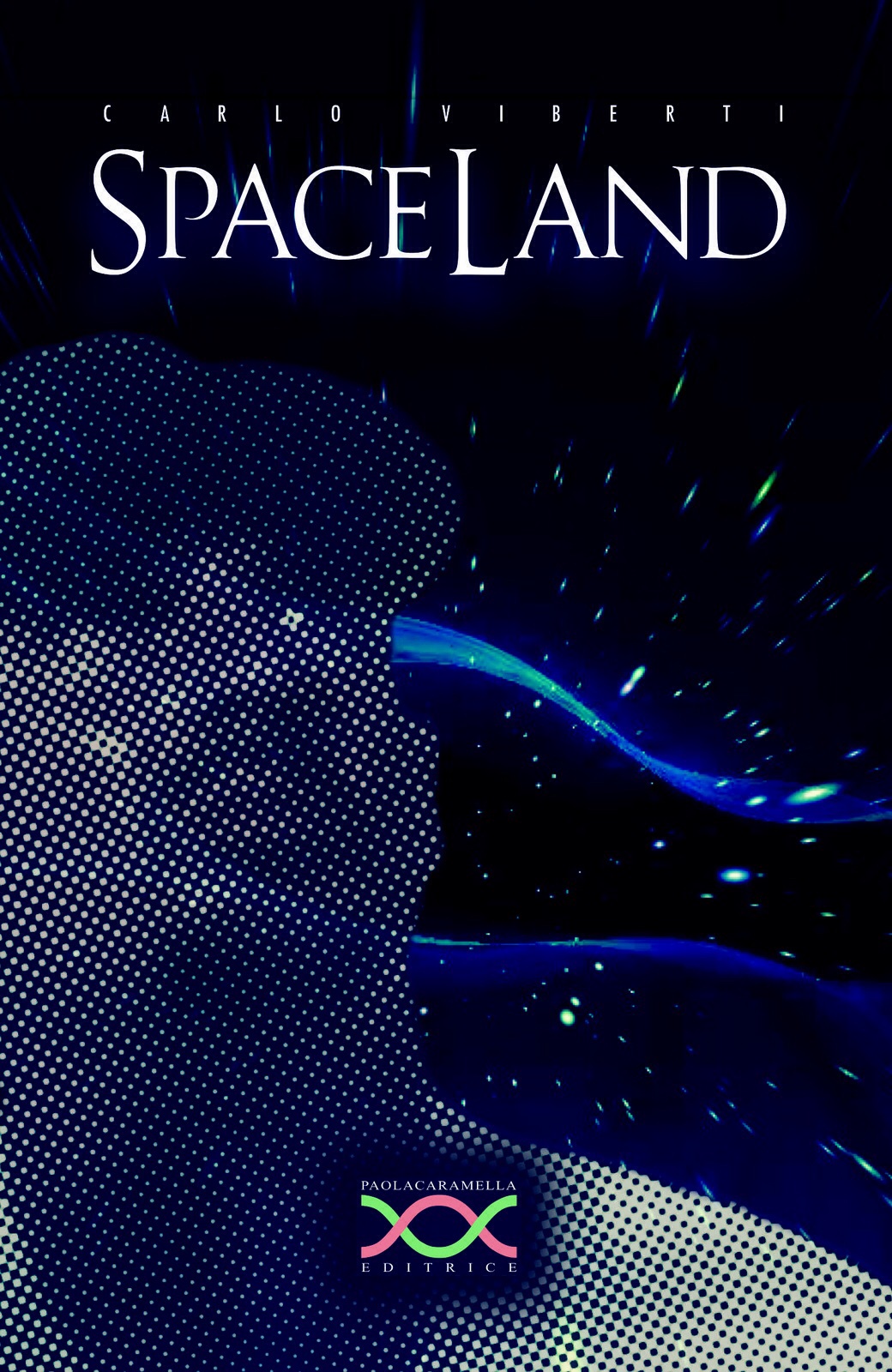 From the U.N. to the Italian Alps

Thanks to PdF srl and Hotel Belvedere, training starts at Pian del Frais 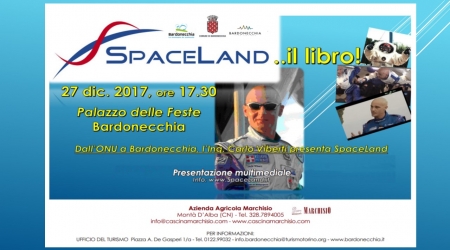 SpaceLand endorsed by the President of Republic

Links: Head of State's video at the United Nations 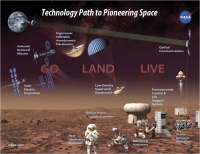 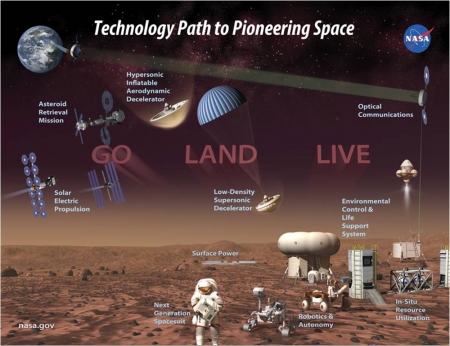 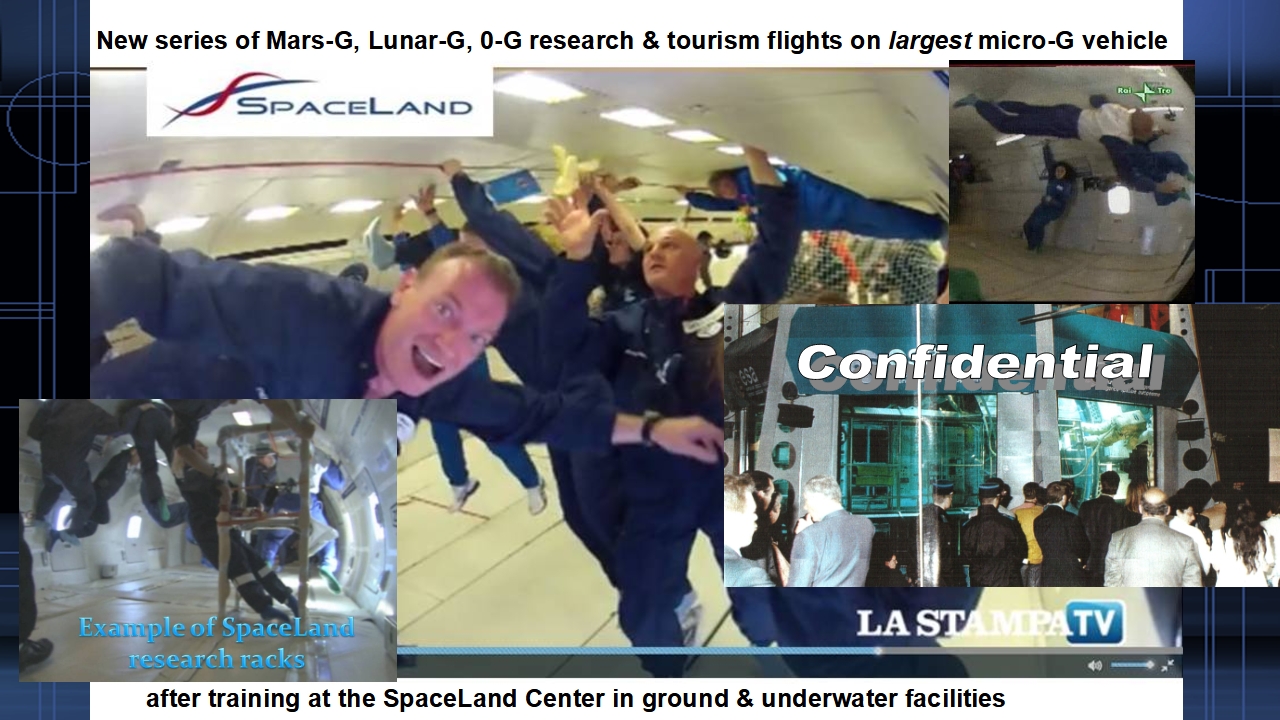 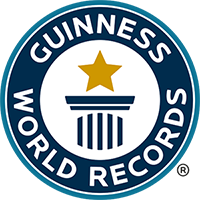 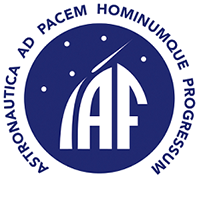 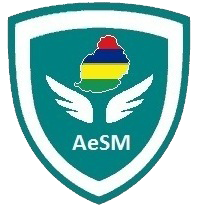